Humanity on Earth: Dwellings and Housebuilding 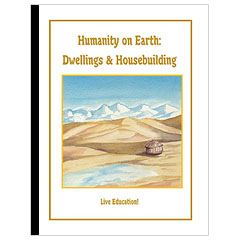 There are three books on the theme of Humanity on Earth. All three books employ a “hands-on” experiential approach with many activities supporting the content. We could reduce the overall conception of these three books to the basic necessities of living: food, shelter, and clothing.

The first book on shelters and dwellings, provides the third-grade student with a picture of some of the varied cultures of humanity across the earth from the point of view of the dwellings they build, and how the people draw upon the materials available from the local environment. The intent is to give the student an imaginative picture of the varied geographical terrains of the earth, the cultures that arise and the dwellings that are created. It also explores animal houses and grand dwellings: temple, pyramid and ziggurat. In this way, it is a cultural sociological geographical study as well as integrating the science of materials and the physics of construction. 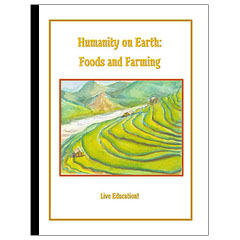 Similarly, the second book on farming and humanity’s foods also takes the wide view of soils of the earth and how the human being has integrated into varied environments across the globe as a tiller of the earth rather than a hunter/gatherer. However, since the literary theme of the year are the stories from Hebrew and Mesopotamian sources, the book begins with foods and practices and the very simple diets that characterize the cultures that began in the Fertile Crescent. Yet it is also a science study of soils and the symbiotic relationship between man and animal. 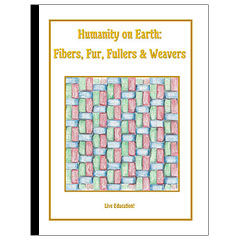 This third book focuses on the natural materials from which the varied cultures of the earth have created the first clothing. Thus, it is also a science of materials from both plant and animal sources. 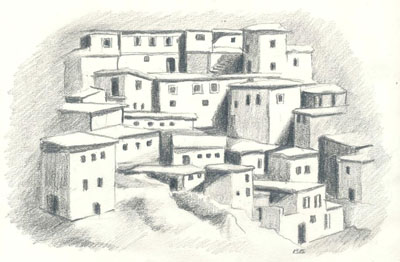 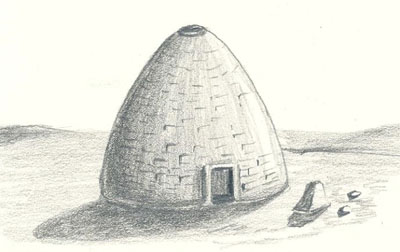 Earthen dwellings are as old as humanity. Examples can be found not only throughout the United States but in other regions of the world. One of the most common forms of an earth house is the Navaho Hogan, a five-sided structure framed with logs and sticks and covered with mud. Throughout the heartland of America, early settlers from the eastern part of the United States, built homes dug halfway into the earth with walls created from rectangular pieces of clayish sod cut from the land into the shape of bricks.

Today we will study a type of dwelling made from soil known as an adobe house. Since the house is built from bricks created from the surrounding soil, it is quite inexpensive to construct. The materials are readily available, and though the adobe brick is not a great insulator, it does maintain a cool temperature in the hot summer sun. It is a favorite construction in the Southwestern region of the United States. There one can find very elaborate multi-roomed dwellings, outfitted with modern appliances and furnishings, with the majority of the structure made from adobe brick.

The domed structure that you see on the previous page is an adobe “beehive” dwelling from Syria. It is constructed by laying the bricks in a circular spiral manner very similar to the way an igloo is formed. The top opening primarily serves the purpose of allowing the rising hot air in the interior to escape.

The adobe house may be one of the easiest types of dwelling to construct. If we have the right kind of soil, then children can easily make the bricks that will form the walls. Soil is often a mixture of clay, sand, rock, silt and organic matter, so we must have the right combination to make a strong house. What if the brick was composed of too much sand? You know what happens to sand castles on the beach—it will easily disintegrate when it becomes wet and also when it becomes too dry. But then, what if the bricks were made with too much clay? When the pure clay dries, it shrinks and forms cracks in it and slowly falls apart. If you have seen a dried up clayish river bed or dried mud puddle riddled with cracks then you can see what would happen to the walls of the house. No, we must be sure that there is a good balance in our soil. We will take a small shovel full of it and put it in a jar, half soil and half water. Shake it well and let it stand overnight. When we examine it in the morning the soil will have settled into (hopefully) three layers. On the bottom will be the heaviest part, the small rocks and pebbles composite, and sand. The top layer is the silt and clay. If we have three bands about equal in width, then we have good soil for making the adobe bricks. Otherwise we will have to adjust the mixture by adding sand or clay to our soil.

The forms for the bricks should be made first: look ahead in this piece about adobe,
and also in the next section on Practical Building Activities:
Sawing, Hammering and Nailing…