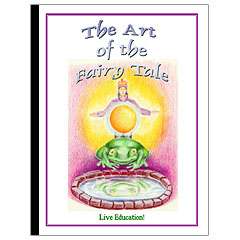 The Art of the Fairy Tale

This book contains classic fairy tale stories that are often used in the Waldorf first-grade as the imaginative context for teaching language arts. The introduction aides the teacher in understanding common images (archetypes) found in the stories and gives specific indications on how to cultivate a proper storytelling voice.

The Art of the Fairy Tale 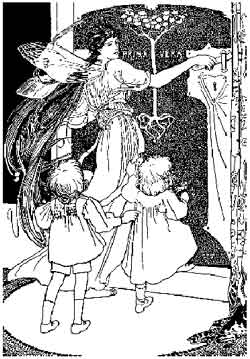 In presenting the fairy tale to the young student, the storyteller must learn to trust the wisdom inherent in the tale and tell the story in a way that makes transparent windows and open doorways for the child to view and then enter into the story’s images. Inadvertently, the teller can make the windows opaque and bar the doorways either through inexperience or imitating poor examples of storytelling from the media or one’s previous experiences. The best way that I know to render the images of a story lifeless, is to carry on an explication of the story’s events and images while trying to tell it at the same time. This often happens when the teacher is delivering the story from memory. Probably, while she was learning the story, an ongoing commentary was added by the intellect, and then in the retelling, this commentary became interspersed with the story itself. In such a case, the telling begins to sound like someone talking to you about a story, describing from an intellectual distance how the events occurred, what the characters were like, how they felt, etc. I have heard some teachers tell an entire story in this mode, and at the end the child innocently asks “when are you going to tell the story?” Although the young child was unable to fully articulate his feeling, it became evident that the mode the teacher had chosen for the story sounded like a long introduction. You can imagine the disappointment of the “storyteller” as well as the frustration of the child.

Let’s look at an example of this intellectual distancing or “telling about the story” rather than telling the story. First we have a passage from the Brothers Grimm tale Fairy Tell True:

…As the fairy spoke, the maiden fell into a deep sleep, and sunk down upon the earth. When she awoke, she found herself alone in a great wilderness; and on attempting to cry out, her voice could no longer be heard for she had been struck dumb. Then she sprang up, and attempted to force her way out of the wilderness, but wherever she turned the thick thorn bushes drove her back, and she could not pass through them. The enclosure in which she now found herself shut in was surrounded by hollow caves, and in one of these she determined to take up her abode; therefore, when night came on, she crept in and slept till morning, and during stormy or rainy weather it formed her only shelter. Her life now was indeed miserable, and whenever she thought of those happy days when she had lived in the beautiful palace, with good children for her companions, she wept bitterly…

One day in the spring, when the trees were decked in their fresh green leaves, the king of the country was hunting in the forest and while following a deer, he saw it disappear among the thick bushes which encircled the old hollow caves. To follow the deer, he alighted from his horse, and made a way for himself through the bushes with his sword. When he had thus cleared a path, he saw a beautiful maiden seated under a tree, and clothed from head to foot in her own golden hair…

Compare this open doorway into the world of imagination with the following example that not only distances the story in its telling, but also adds a running commentary:

…Then we see the fairy speaking to her and the maiden falls asleep sinking down to earth. Next she awakens, and finds herself all alone in a great wilderness. She wants to cry out, but her voice cannot be heard because now she is dumb. This was the result of her lie and also because she is so filled with pride that she cannot admit that she had done something wrong. We should not be like this maiden who keeps falsehoods hidden. Then our hearts will no longer have a voice and will become dumb. So she tries to force her way through the wilderness but the thorns are so thick that she cannot pass through; she is forced to retire into the caves that were found in this part of the forest. There she dwells in a cave, sleeping in it at night and retreating to it when the rain and storms comes upon her. She is indeed miserable and lonely. She is isolated because when one speaks lies he is cut off from the company of others who no longer truly listen to him. She has lied so now she lives in her own little cave of isolation. When we look into the darkness of her cave we see her weeping because she remembers the happy days she had once known in the beautiful palace surrounded by her friends.

Do you see how the second example breaks the spell of enchantment and frustrates the imagination from building images from the words?

If you are having difficulty discerning the difference, try reading both examples out loud to someone who is listening. Or perhaps more effective: have someone read both examples aloud while you listen.

A Collection of Fairy Tales