Humanity collectively entered the Age of the Consciousness Soul in the 15 th century. With this change of consciousness, comes a greater sense of individuality and personal freedom as well as the ability to stand apart as a witness one’s own inner life, but outwardly, a greater sense of identification with people beyond one’s own folk soul. In this book we examine the lives of three great representatives of this shift: Joan of Arc who led the way to France becoming a nation; Erasmus of Rotterdam who translated the Bible into secular language making it accessible to the common person rather than only the learned scholar: and Martin Luther, who took a stand upon his own individual conscience in opposition to the authority of the established Church. This is a three-week main lesson block. 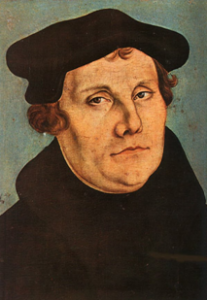 When someone is acting in a crazy or erratic manner, I have heard some of you say, “the guy is psycho” meaning that he is acting like a psychopath. Most likely the upset person may be under the spell of a strong or violent emotion but that does not mean he is prone to an anti-social personality disorder. The behavioral traits of both a psychopath and sociopath are quite similar, and the violent emotion would be characteristic more of the “hot-headed” sociopath; a psychopath is cold-blooded, cruel and ruthless. The sociopath has little or miniscule empathy for other human beings, a psychopath has zero empathy—they are “users”–using other people more as objects than human beings, that are either seen as stepping stones for their ambitions, or obstacles to be crushed and eliminated. They both know how to charm people, (which makes them naturals at being confidence men or “con” artists) and are great at acting as though they had genuine emotions such as sympathy for the suffering of others or genuine humor; but it is only an act to manipulate others for their own ends. They are truly narcissistic and self-centered; egotistical to the point of megalomania. Their hearts are cold, they have to train themselves how to smile and laugh, for they lack the natural emotions of a normal person. I once read a study that showed which professions those with anti-social personality disorders might gravitate towards. I expected positions in the military, prison guards, law enforcement and politics, but I was surprised to learn that Wall Street was the most desired destination, seconded only by politics. The power-hungry politician, the Wall Street “wolf” and the ruthless corporate CEO are often those who care only about gaining wealth, power, or fame for themselves at the expense of others, whether by manipulation, lies, cheating, or outright theft. They are most likely either sociopaths or psychopaths.

You are probably wondering why I brought up this topic and what it has to do with Martin Luther, for I said that the anti-social personality disorder possesses little or no empathy for other human beings, but they also lack that quality which we know as conscience. We need only to go back in time to the ancient Greeks, say at about 600 BC to see that conscience was not yet a quality possessed by the average human being. I’m sure there were the exceptional human beings, such as the philosophers of the time—Pythagoras, Heraclitus, Thales, Confucius and others—who possessed a conscience, that inner voice that directs us to what is right or wrong, but for most at that time, knowing what is right or wrong was given by society’s morals and traditions, in short, an outer external authority. If a Greek of ancient times such as Oedipus committed a mis-deed, an evil of some sort, he did not feel the sting of his own conscience, rather, he was hounded and pursued by external deities of wrath—the Furies. We can see the same phenomenon among the Hebrews where the Mosaic Ten Commandments and the hundreds of prescriptive laws given in the Book of Deuteronomy act as an external authority for a person to follow and to know right from wrong. But the Greek word for conscience (syneidesis) only appears late in Greek literature. It is not found in Homer or the Attic Greek of Plato and Aristotle, but is first uttered in the Epistles of Paul. “I am speaking the truth in Christ, I am not lying; my conscience (syneidesis) which is guided by the Holy Spirit, is my witness.” (Rom. 9:1)

The Greek word syneidesis means literally “to know with (a higher being)”. The Latin roots of the English word are “con” meaning “with” and “scire” meaning “to know”, so we have the similar “to know with” contained in the Latin/English construction of the word. We gain the sense that something has entered into the collective whole of humanity, a new capacity that is the result of the human being gaining a sense of an “I AM” dwelling within one’s own soul. That is the higher being that we can “know with” what is the truth or what is a lie, or what is right or wrong. Notice the difference: the voice of one’s own conscience is truly one’s own—it is not coming from an external authority, commandment, or social convention. We must realize that Paul, who experienced the epitome of conscience (knowing with) in his Damascus experience, is the precursor, one of the few that had gained the faculty of conscience early on in humanity’s development. This faculty became available to all much later in history, and we can look to Martin Luther (among others) as an exemplar of the emergence of conscience in the collective consciousness of humanity. But do you see that there are some among humanity who are laggards or possibly retarded in their development in acquiring conscience? Yes, I am speaking of the cold-blooded criminals who show no remorse for their murders, assaults and thefts, and the aforementioned ruthless CEO’s, power-hungry politicians, and Wall Street “wolves”—psychopaths and sociopaths, all.