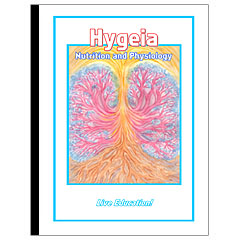 Unless it has been spoiled, the young child is endowed with an instinctual sense of healthy nutrition. However, this instinctual wisdom goes away as a child enters into puberty. Hence, the importance of the study of nutrition and the physiological processes associated with the substances that enter our body. This study gets right into the nitty-gritty of the topics of obesity, bulimia and anorexia as well as the effects of taking smoke into one’s lungs. The circulatory system, respiratory system and digestive system are studied in relationship to the substances we ingest. 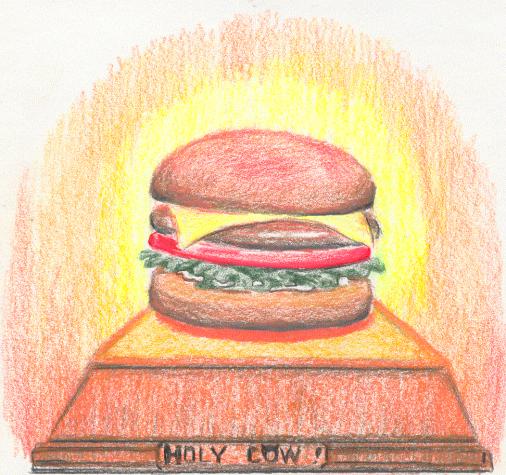 In this lesson, the teacher will present some of these startling facts listed ahead that can be elaborated upon and discussed. If you are not already aware of these facts, hopefully, it will make your hair stand on end. Try to put these facts together in a way that leads the student to see correlations. In other words, each bulleted fact should tell us something about preferences, eating habits, health, the food industry, etc. This lesson could be prefaced with a summary retelling of Morgan Spurlock’s experiment in the movie Super Size Me.

Morgan Spurlock wanted to test the effects on the average American of eating a diet strictly from the McDonald’s menu. In order to monitor the effects of this food upon his health he employed three doctors, a cardiologist, a gastro-intestinal specialist, and a general practitioner, as well as a registered nutritionist, to monitor the progressive state of his health. When his experiment began, Morgan, a tall, thin 6 ft. 1 inch young man was a fit 186 pounds with a mere 11% body fat. He walked several miles each day and worked out at the gym several times per week. The three doctors concurred that he was in excellent health.

He set the following conditions for himself for 30 consecutive days:

1. He could only eat from the McDonald’s menu and must sample every item on the menu at least once.
2. He had to eat three times a day from McDonald’s: breakfast, lunch, and dinner.
3. He had to “super-size” his menu item whenever the employee taking his order asked if he wanted to.
4. Since 60 % of Americans get little exercise, he had to eliminate his exercise routine and limit his walking to less than 5000 steps per day.

Thus began the daily onslaught of 64-ounce coca-colas, double cheeseburgers, Big Macs, super-sized fries, egg McMuffins, and quarter-pounders. The “premium salad” was no relief from the assault of fat and sugar: with the included dressing, it contains more fat than the Big Mac. The results were outrageous as well as frightening. Within five days, his weight had shot up to 194 pounds; by the twelfth day, he weighed in at 203 pounds. On his McDonald’s diet, he was gaining almost one and a half pounds per day! After this 203 pound weigh in, the nutritionist convinced him to substitute water for the cola. This simple substitution had the effect of leveling off the rate of weight gain, but overall, after 30 days, Morgan had gained 24 pounds—still dangerously close to a pound per day of weight gain. In his afterword, Morgan confessed that it took more than six weeks of diet and exercise to get close to his original weight before he engaged in the “experiment,” and the last four or five pounds, from 190 down to the original 186, took nearly six months to lose.

However, what was most compelling in showing the correlation between a diet high in fat, sugar, and high fructose corn syrup, was Morgan’s state of health monitored by the physicians. Within 30 days, he had consumed 30 pounds of sugar and 12 pounds of fat. His body fat went from 11% to 18 %, and his cholesterol went up by 65 points. Within one short month, he had effectively doubled his risk for heart disease. Midway through the experiment, he began to suffer from shortness of breath and often awakened in the middle of the night with heart palpitations. A chronic depression began to settle into his state of being that was alleviated only when he was eating the McDonald’s meals. The physicians detected a sclerosis and hardening of the arteries and liver along with fatty deposits that increased at such shocking rates that they were astounded: the liver damage resembled that of a chronic alcoholic. By the end of the second week the doctors were so alarmed that they strongly recommended that Morgan end the experiment immediately and feared a collapse or breakdown that would require immediate hospitalization.

The Flavor of Foods

90% of the money Americans spend on food is used to buy processed foods. Stroll the isles of any supermarket and you will find few examples of non-manufactured or non-processed food.

This simple fact has spawned a tremendous background industry known as the flavor industry. The techniques of processing food tend to destroy flavor, the food produced is generally a blank canvas with little taste upon which the flavor industry paints its tang and zest. it is the “natural flavor” and “artificial flavor” concocted in chemical laboratories that provide most manufactured food with taste. A “natural flavor” is not necessarily healthier or less processed than an artificial flavor. Consider the following quote from Eric Schlosser’s Fast Food Nation.

“A natural flavor,” says Terry Acree, a professor of food science at Cornell University, “is a flavor that’s been derived with an out-of-date technology.” Natural flavors and artificial flavors sometimes contain exactly the same chemicals, produced through different methods. Amyl acetate, for example, provides the dominant note of banana flavor. When it is distilled from bananas with a solvent, amyl acetate is a natural flavor. When it is produced by mixing vinegar with amyl alcohol and adding sulfuric acid as a catalyst, amyl acetate is an artificial flavor. Either way it smells and tastes the same.”

For your information, and to drive home the point about the taste of manufactured foods concocted in the laboratory, consider how the following ingredients are used in a strawberry shake from Burger King. These chemicals in combination create the illusion of the flavor of a strawberry; there is another list for the milk, cream, sugar, etc.:

In recent decades, America has become the fattest nation in the world. This means that this nation has the highest percentage of its population overweight and obese in comparison to all other countries in the world. More than 100 million Americans are overweight or obese. The current population of the United States (2007) is a little more than 300 million. That is a ratio of 1 out of every 3 people who are obese.

Since 1980 the obesity rate in America has doubled.

Statistics tracking current trends show that four out of five children (80%) who become obese by the age of 13 will also be obese as adults.

One out of every three children born in the year 2000 will develop Type 2 Adult Onset Diabetes !!!

One must consider that this statistic is also applicable to every year of birth following the year 2000, Type 2 Adult Onset Diabetes is not a genetic disease, it is one brought on, typically, by an overweight or obese condition, lack of exercise, and a diet rich in sugar and carbohydrates (soda-pop, candy, snack food, and fast food). It is a preventable disease.

A supplement to this lesson would be to view the movie (available in DVD) called Super Size Me. Look also at the Bonus Materials on the disc where a demonstration was performed. The French fries were kept in a glass jar for two months and did not decompose.

The student can write some of the facts listed from American Eating Habits and Obesity and Health (in the section above) into the main lesson book.

The student should record the reactions to Spurlock’s movie Super Size Me. This could be a short opinion composition of two paragraphs that will be recorded in the main lesson book.

In order to convince oneself that most manufactured food derives its taste not from the food but from chemical additives, one may want to do some follow up research on the Flavor Industry. For example a brief investigation of the science of flavors shows the following list of a few of the flavor impact groups. The flavorists begin with this basic palette and then add nuances and subtleties to give an initial impact, “leveling-off” taste, aftertaste, etc.