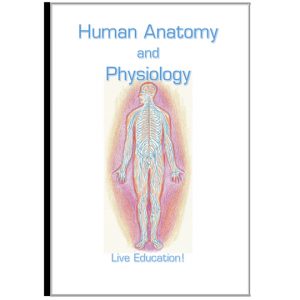 This is a 3-week block that builds upon the study of Hygeia in the 7 th grade. Major physiological systems of the body are presented. The heart, circulation, respiration and digestion are given further consideration from our previous studies, then the Nervous System is presented beginning with the analogy of the Yggdrasill Tree from Norse Mythology. Special attention is given to the physics of the eye and ear then one enters into an understanding of muscles, connective tissue, our skin, and finally the Golden Proportion expressed in the skeleton.

We will now study the intricacies of the human ear. First let us survey the innermost part of the ear, the spiraling form at the heart of the act of hearing, the cochlea. To understand this marvelous structure let us first return to a simple demonstration of sympathetic resonance that we experienced in our study of Physics in seventh grade.

I learned of this phenomenon firsthand during a practice session with other musicians. An acoustic guitar had been placed on a stand and a musician was tuning his electric guitar. The volume was quite high, and as he struck one of the open strings to adjust the pitch, suddenly the acoustic guitar began to vibrate and shake with such force that it nearly jumped off the stand that held it in place. What had happened? We noticed that when the electric guitarist struck his open “A” string, the “A” string on the acoustic guitar began to also vibrate; and because the volume of the electric was so loud, the acoustic string vibrated with such force that it made the entire guitar shake. 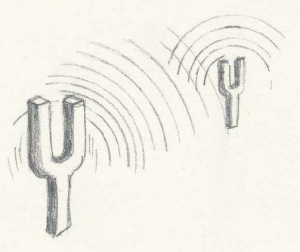 We investigated this phenomenon of sympathetic resonance with two tuning forks that were tuned to the same frequency. In this case they both vibrated at 440 cycles [or vibrations] per second. First, we struck the fork and let it sound and then placed it upon various surfaces [such as a table, door, and even our skull] and we found that on some surfaces the sound was amplified. This amplification is the principle behind the sound box of a violin, cello or guitar. The sound of the vibrating strings is amplified by the resonance of the sound box. But then we discovered another very interesting occurrence. If we place two tuning forks apart from one another and set one of them vibrating, the second one will also start to vibrate. And this is what had happened in the musical practice session: the open string on the acoustic guitar began to vibrate in sympathetic resonance with the vibrating string of the electric guitar. 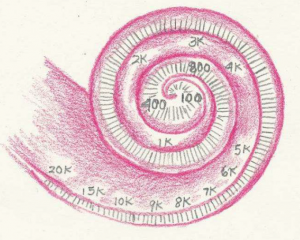 So, within the recesses of our inner ear, there is a similar phenomenon occurring. The central part of the inner ear contains the spiral structure known as the cochlea. Its shape reminds us of a seashell. But imbedded along the inner surface of this incredible structure are thousand of tiny hairlike organs known as cilia. They are connected to receptor cells known as the organ of Corti and there are approximately 12,000 of them. You can see in the illustration, that in a fashion similar to the tuning fork, these little hair-like structures are resonant to various frequencies of sound vibration. The highest pitches of sound are received at the widest opening, and the lowest pitches vibrate the cilia deep within its coils. We have within our ear something like an array of 12,000 tuning forks sensitive to all the pitches and timbres of a symphony orchestra. Within the cochlea is a sensitive fluid that carries the received vibrations from the outer world over these tiny hairs. The vibrations of this fluid over the hair cells are similar to the action of skilled fingers plucking the strings of a harp.