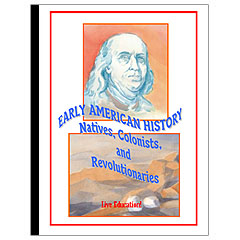 Beginning with the Iroquois Confederacy of the Native Americans this 3 to 4 week study for the 8th or 9th grade tells the story of the early colonists. Three distinct cultures were formed: the Puritan north, the Southern plantations, and the liberal middle colonies. We then live through the exciting events of the American Revolution of 1775 and on into the travails and trials of the emerging nation. The study concludes with the war of 1812.

One of the most fascinating inhabitants of the city of Philadelphia, the son of a soap and candle maker, who had to leave school and begin working at the age of 10, who then left home at the age of 17 arrived at Philadelphia in 1723 to work at a print shop. Benjamin Franklin was his name, and if anyone is the epitome of the American ideal of the self-made man, shaper of one’s own destiny, it is Franklin. Inventor, statesman, businessmen, scientist, scholar, diplomat, author — Franklin was a man of many talents and accomplishments.

Though he lacked formal education, he was fastidious at tutoring himself. Not only did he read and study the great books, including philosophy and political treatises, but he taught himself to speak and write Latin, French, Italian, and Spanish. During and preceding the Revolutionary war, Franklin was the United Colonies primary ambassador in France where he so charmed the court, that the king, Louis XVI become jealous of the undue attention he received from the nobility. To temper the fawning adoration of one the courtiers, the king presented the noble with a chamber pot decorated with Franklin’s portrait painted on the interior. Franklin was the senior, elder statesman, perhaps the “voice of restraint” among the revolutionary upstarts of 1776: he was 70 years of age by that time; Jefferson, by comparison was only 33. The American Revolutionary War was successful primarily due to Franklin’s securing the funding, troops, warships and supplies from the French, and no doubt, was one of the inspirers of the French Revolution that followed in 1789.

Many of the accoutrements of modern daily life came forth from Franklin’s inventiveness. Nearly every city possesses a free public library and a fire department; Franklin instituted both in the city of Philadelphia. Many homes to this very day are still warmed by wood stoked fires: Franklin invented a stove that re-circulated the burning wood fumes, generating more heat and less waste in the process, a precursor to many stoves used today. Many people who wear eye glasses to improve their sight, must often switch between reading glasses and distance glasses. Benjamin Franklin invented the famous bifocal glasses still in use.

Franklin played the guitar, harp, and keyboard and even composed music, but one of his most unusual inventions was the glass armonica. Many children delight in hearing the tones produced by the simple phenomenon of rubbing the edge of a wine glass with a wetted finger. A beautiful bell-like sustained ringing note can be created. A simple acoustics experiment can be arranged where a series of the same size wine glass stand in a row, each containing a different amount of water. The amount of water in each glass can be adjusted so that each glass produces a unique note. In this way, the glasses can be tuned to a musical scale and a simple melody can be played by rubbing one’s wetted fingers over the rims of the glasses. In another version of this demonstration, one can change the pitch of each note by choosing a series of glasses of various sizes. Typically, if all are the same thickness, the smaller the wine glass, the higher the pitch of the note. This was what Franklin did. He created a horizontal row of various sized glassed aligned by their incremental sizes upon a spindle, powered by a foot treadle that rotated all of the glasses through a trough of water. A musician could then lightly touch the wet spinning glasses creating all the notes of the chromatic scale. With ten fingers available, many notes could be played at the same time such as one plays on a keyboard, and compositions could be created combining chords and melodies. Many composers created music for Franklin’s glass armonica including Mozart. The tones have a haunting, ghostly, ethereal sound; in previous centuries, some musicians were reported to have gone mad from excessive playing of the glass armonica.

In many regions of the United States, one of the great dangers faced every year is the potential strike by lightning that not only explodes through a structure, but then sets the building ablaze. Franklin is credited with the invention of the lightning rod that averts this danger: an antenna-like metal rod upon the roof of a house connected to an insulated wire that is fastened to a metal stake driven into the ground. Should lightning strike the house, it will attempt to find the path of least resistance to the ground. It will seize hold of the rod atop the house and the charge will be sent straight down the wire to the metal ground stake avoiding the catastrophe. Franklin understood the relationship between the lightning in the atmosphere and the simultaneous potential charge building in the ground. Many people are familiar with Franklin’s famous experiments where he demonstrated that lightning and electricity are the same thing, and his invention of the lightning rod is intimately connected with this “kite flying experiment.” One often sees an illustration describing the experiment of Franklin flying a kite in a lightning storm. Lightning struck the kite and was conducted along the wet string to a metal key that began to glow. What the familiar illustrations do not usually show is that Franklin held the string with an insulator, effectively removing his own body from the path of the electricity. If he had not done so, the lightning would have used his body as the conducting path to the ground. Other experimenters, some of them Franklin’s contemporaries, replicating the demonstration and failing to adequately insulate themselves, became living (short-lived actually) lightning rods. Because Franklin had insulated himself from the path of the electricity, he was able to trap a charge from the glowing key in a rudimentary electrical capacitor known as a Leyden jar. Franklin’s scientific interests were many and his observations acute. His many trans-Atlantic voyages allowed him to discover and eventually map the currents of the Gulf Stream as well as the directions of prevailing winds along the Atlantic seaboard.

In 1733, Franklin achieved great success throughout the colonies as the pseudonymous author of Poor Richard’s Almanac which, unfortunately, he is remembered for more so than any of his other achievements. Many homilies of everyday usage, posing as wise adages, come directly from this source: “no gain without pain”, “haste makes waste”, or, “god helps those who help themselves.” One must take this “sagacious advice” (here’s another adage) “with a grain of salt.” Franklin possessed a dry wit laced with irony and some of these are, no doubt, written (here’s another) “with tongue in cheek.” Mark Twain, in characteristic style of his wry humor and “teller of tall tales” says this of Franklins’ proverbs:

[Franklin] early on [used] his talents to the invention of maxims and aphorisms calculated to inflict suffering upon the rising generation of all subsequent ages…With malevolence that is without parallel in history, he would work all day and then sit up nights and let on to be studying algebra by the light of a smoldering fire, so that all other boys might have to do that also or else have Benjamin Franklin thrown up to them. Not satisfied with these proceedings, he had a fashion of living wholly on bread and water, and studying astronomy at meal time—a thing which has brought affliction to millions of boys since, whose fathers had read Franklin’s pernicious biography.

His maxims were full of animosity toward boys. Nowadays a boy cannot follow out a single natural instinct without tumbling over some of those everlasting aphorisms…If he buys two pennies worth of peanuts his father says, “remember what Franklin has said, my son—a penny saved is a penny earned” and the comfort is gone out of those peanuts. If he wants to spin his top after his work is done, his father quotes “procrastination is the thief of time”. If he does a virtuous action, he never gets anything for it because “virtue is its own reward.” And that boy is hounded to death and robbed of his natural rest because Franklin once said in one of his inspired flights of malignity: “early to bed and early to rise, makes a man healthy, wealthy, and wise.” …The sorrow that maxim has cost me through my parent’s experimenting on me with it, tongue cannot tell. 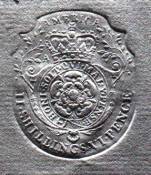 ….During the decades preceding the American Revolution, Franklin was very much a loyalist and royal supporter. When England passed the Stamp Act in 1765 taxing a variety of colonial items including newspapers, licenses, and playing cards, Franklin at first opposed it but then accepted it as inevitable for “empires cost money.” In order to capitalize on the situation, Franklin procured for his friend John Hughes the stamp agency in Philadelphia. This act almost cost him his reputation among Philadelphians. Later in 1766 he reversed his position and came before the British Parliament denouncing the Stamp Act. He became fully embroiled in the revolutionary cause: the Pennsylvania assembly unanimously chose Franklin as their delegate to the second Continental Congress. There he worked as part of a committee of five on Jefferson’s draft of the Declaration of Independence. While signing the declaration, John Hancock commented that the members of the Congress must all hang together meaning to “stick together” in solidarity. Franklin, with characteristic humor, quipped, “yes, we must, indeed, all hang together, or most assuredly we shall all hang separately.” Franklin’s unparalleled diplomatic abilities that helped to secure troops, ships, supplies, and loans while acting as ambassador to France were the primary decisive factor in the success of the American Revolutionary War.

Choose one of Benjamin Franklin’s inventions, and illustrate it, as well as writing a description about its workings in the main lesson book. For example, the lightning rod should show the path of electricity from sky to ground avoiding the house upon which it is installed. The glass harmonica could include a picture of a vibrating wineglass showing the principle at work in the creation of the music. An illustration of bifocals should show near and far focal points created by the lenses. The illustration should be accompanied by several sentences of explanation.