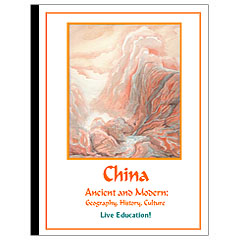 The entry of China onto the world scene as a major economic force in the 20th and 21st century motivated the creation of this 4 to 6 week study for 8th, 9th, or 10th grade. This study surveys the geography and terrain of the Asian continent, and proceeds through the cultural development of this civilization from the very earliest dynasties to the modern-day. Student activities include landscape painting in the style of the Song Dynasty, perspective drawing of the Great Wall, mapmaking of the Mongol expansion, and descriptive accounts of everyday life. The study fully investigates the rise of Maoist Communism in the 20th century and leads us into an understanding of contemporary China.

Chinese Buddhism and the Silk Road: Bodhidharma Comes from the West 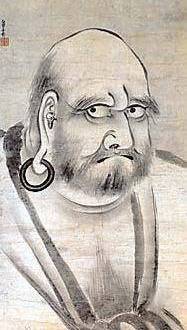 …In the many centuries that followed the beginnings of Buddhism, the body of literature comprising Mahayana Buddhism swelled to great proportions. The original precepts became the subject of vast tomes of commentary. Philosophical discussion, categorization of psychological mental and emotional states of being; legendary material, miracle stories, parables, fanciful descriptions of previous states and lives of the Buddha, elaborate descriptions of mental, subtle, and spiritual planes of existence—all of this flooded the libraries of Buddhist thought. This rich and imaginative outpouring, primarily a product of the Indian mind is somewhat antithetical to the Chinese mind. The Buddhist scholar DT Suzuki describes how “the Chinese are above all a most practical people, while the Indians are visionary and highly speculative.” This reminds us of Rudolf Steiner’s observation of how the ancient Chinese mind was directed outward to the things and phenomena of the world, while the mind of the Indian culture brooded inwardly. [See Rudolf Steiner on the nature of the Chinese mind p.22] Further, Suzuki explains that “the Chinese have no aptitude like the Indians for hiding themselves in the clouds of mystery and supernaturalism…their mysticism does not begin to approach that of the Indian Mahayanist in grandeur, in elaborateness, and in the heights of soaring imagination…they must have their own way of interpreting the doctrine of enlightenment as applied to their daily life.” What developed in China was a practical form of Buddhism with little or none of the accoutrements of the imagination or religion. “No rays are issuing from the Buddha’s forehead, no retinues of Bodhisattvas reveal themselves before you, there is indeed nothing that would particularly strike your senses as odd or extraordinary…mountains tower high toward the sky, rivers pour into the ocean; plants sprout in the spring and flowers bloom in red; when the moon shines serenely, poets grow mildly drunk and sing a song of eternal peace…how ordinary, we may say! But here was the Chinese soul and Buddhism came to grow in it.”

The second major form of Chinese Buddhism, known as Chan (Zen Buddhism in Japan), originated during the Tang Dynasty in 520 CE with the arrival of Bodhidharma from India. The practice of Chan Buddhism as taught by Bodhidharma appealed to the Chineses mind for it was “a special transmission outside the Scriptures; no dependence on words and letters; a direct pointing at the essence of man and the world, thus seeing into one’s true nature and attaining Buddhahood.”

While Bodhidharma lived in India as a follower of the Buddha’s teachings and seeker of enlightenment, he encountered a woman by the name of Pragyatara. Bodhidharma could tell that she was an enlightened being and requested that she teach him. Following his initiation (we do not know historically how long he stayed with her) he quickly achieved enlightenment. Upon attaining this exalted state he jumped to his feet, legs spread wide apart and with head reared back let loose a tremendous roar from the very depths of his belly. So loud was the sound that the people of a nearby village thinking that a lion was approaching, gathered their children into their huts and barricaded the doors. When Bodhidharma walked into the village, the men realized that it was not a lion but rather a man. They gathered around him and asked “have you gone mad? Have you lost your mind?” Bodhidharma answered, “I was mad before, for I thought that I was a sheep, but now I know that I am a lion!”

Bodhidharma cultivated intense concentration and attentiveness as his practice. In this heightened state of pure attention, the mind becomes empty of thought and the perceived world becomes empty of form. The practitioner becomes immersed in a state of consciousness filled with the light of pure emptiness. Such a teaching, no doubt confounded Emperor Wu Ti, a patron of Mahayana Buddhism, when in the year of 527 CE Bodhidharma visited him at his court in Nanjiang. The emperor inquired of the monk the following: “After I ascended the throne I built temples and monasteries for the community of monks. I also studied innumerable scriptures. How much merit have I accrued by such actions?” Bodhidharma replied, “no merit whatsoever.” “How can this be,” asked the Emperor. Dharma answered: “All of these are inferior deeds, they are like shadows. The true meritorious deed is full of pure wisdom. It is perfect and mysterious; its real nature is beyond the grasp of the mind and has nothing to do with worldly achievement.” The Emperor was taken aback by this reply so asked, “What then, is the first principle of your teaching?” “Vast emptiness, nothing holy!” answered Dharma. The cryptic replies began to irritate the Emperor. “Who is it then that stands before me?” he demanded. “Nothing at all—of him I do not know!” was the answer.

The Emperor did not understand Bodhidharma and dismissed him. Antithetical to the Western mind and, in this case, the understanding of Emperor Wu, is the Chan Buddhist doctrine of “no self.” As time passed, the Emperor began to sense the wisdom taught by this itinerant monk. The king visited him and said to him “I see that sense of self stands in the way of enlightenment. How do I rid my mind of self?” “Tomorrow, come in the morning and I will rid you of this self forever,” instructed Bodhidharma. In the morning the king came to the door, and entered the dwelling of the monk. “You sit here and I shall stand in front of you,” said the monk, “the moment that you find the self, catch hold of it tightly, so I can kill it!” Hours passed. The morning passed into the afternoon. Wu looked inside himself in every nook and corner; every time he glanced at Bodhidharma he trembled, for the monk stood over him with fierce eyes glaring, grasping a heavy wooden staff ready to deliver a death blow. Finally, in exasperation, as the day neared its ending, the Emperor said “I cannot find this self wherever I look.” “There is nothing there to be found” answered Bodhidharma. This time, the Emperor understood.

There are many legends of Bodhidharma. The Shaolin monastery attributes the origination of the Kung Fu style of fighting to him: a method of defense and conditioning of the body that he taught to the scholar monks that they might defend the monastery against robbers. He is said to have meditated for many years continuously in a simple room, and with such fiery intensity, that his image burned itself into the wall. His pictures, such as the 15th century Japanese portrait shown on the adjoining page, always depict him with a wide-eyed look. That is because, as the legend tells us, he once grew drowsy during meditation and cut off his eyelids in order to remain awake and attentive.

The student can elaborate on the Noble eightfold Path of Buddhism in the main lesson book. For example, right view consists in a realization of the veracity of the Four Noble Truths. Right intention is a commitment to the renunciation of attachments, resistance to negative emotions, and the will to develop compassion. Right speech is attained by abstaining from falsehoods, slanderous speech, and idle chitchat lacking meaningfulness. One achieves right action by refraining to cause harm to all sentient beings and includes avoiding stealing, fraud, dishonesty, and other forms of misconduct. Right livelihood means to earn one’s living in a way that is legal and harms no other person or sentient being. Obviously an arms dealer, butcher, a predatory stock broker would violate this precept. Right effort consists of the prevention of unwholesome mental and emotional states of being that would misguide the will, and the abandonment of such. Right mindfulness occurs when one is in full charge of the mental and cognitional faculty. One sees things clearly without preconceived notions and prejudices and learns to quiet the mind to be free of the mental noise that normally occurs in everyday life. Finally, right concentration is the application of mindfulness to a meditation that allows the practitioner attainment of enlightenment.

In the last decade, China has come to the fore on the world stage, not only as a major economic power but also as a growing military force; the nation will exert a tremendous influence on the near future of our world. Hence the relevance of this present study.

This book is intended for the eighth or ninth grade teacher or home school educator who wishes to introduce the culture of China in a way that it would be presented in a Waldorf School.

There is enough material here for two three week main lesson blocks. A teacher may wish to consider a three-week introductory block in the eighth grade covering the first portion of this book and continue with the second half, a study of modern China for a three-week block in the ninth grade.